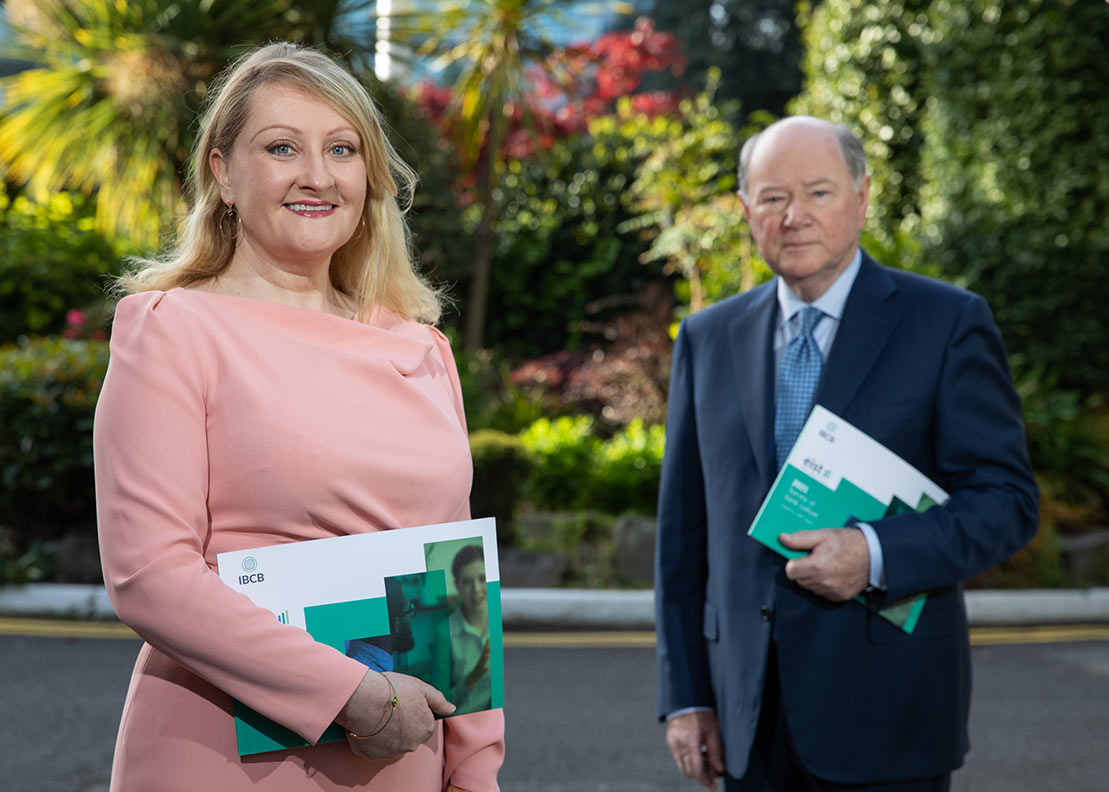 17 May 2021: The Irish Banking Culture Board (IBCB) today launched the findings of two independent surveys of culture and trust levels in banks and the banking sector in Ireland. The launch event keynote address was delivered by Minister for Finance, Paschal Donohoe, TD.

IBCB Chairman, Mr. Justice John Hedigan, today welcomed the findings of the éist Bank Culture and Public Trust in Banking surveys: “The IBCB’s éist surveys of staff and public provide crucial empirical data and excellent analysis of how our member banks are perceived. Éist means ‘listen’ in Irish; the IBCB will absorb the findings of both reports as benchmarks against our previous reports and where the industry has made progress and must improve. They will also act as a framework to inform our ongoing work programme, as we continue in our determination to address culture in the Irish banking sector.”

Commenting on the results in the context of the changing banking landscape, the IBCB Chairman noted: “It is important to have balance in our discourse on this key industry and we must call out failings and areas for improvement. We must also focus on and acknowledge the positive steps taken by banks to improve culture, and not allow them to be ‘drowned out’. That balanced approach is the best way to achieve real and lasting cultural change. It is essential that there is a calm, respectful and considered debate on the industry and how it evolves in Ireland into the future. The IBCB will play a key part in this important process.”

Speaking at the éist launch, Chief Executive of the IBCB, Marion Kelly, said: “Only cultural change that comes from within can be authentic and sustainable. We are pleased our Bank Staff survey results show progress being made internally across all IBCB member banks since 2018. It is clear, however, from results of our Public Trust survey, that internal changes in culture have yet to resonate externally with a significant majority of bank customers and the public in general. Achieving this is crucial for the future of the industry and for overall pride levels of staff. Trust is the key currency of change in the banking sector, and it must be earned by the banks to be recognised by the public.”

Marion Kelly continued: “The IBCB knows that public perception will take longer to change, but our staff survey shows that change is possible. Given recent announcements regarding the composition and structure of the banking industry, significant regulatory sanctions, and the prevailing social and economic issues that society has faced, it would be surprising if perceptions of banks had improved materially. The truth is trust levels amongst the public are not where they need to be. The IBCB is determined to facilitate cultural change in the banking sector in Ireland, that sees these trust levels improve.”

Keynote speaker at the éist survey launch event, Minister for Finance, Paschal Donohoe, TD, commented: “I would like to recognise the important role of the Irish Banking Culture Board in seeking to rebuild trust in the banking sector through its work and various initiatives. This event today to mark the publication of their two surveys is one of those important initiatives. The reports show that while cultural change is occurring in the banking system that more needs to be done. While there is broad agreement that trust needs to be rebuilt where our banks and financial institutions are concerned, there also needs to be recognition when and where change occurs and an acknowledgment of progress when it is being made across the banking and financial system in Ireland now and in the period ahead.”

The éist Bank Culture survey focused on staff in areas such as ability to speak up, trust in leadership, strains of remote working, and ethical decision-making. The results show progress is being made on cultural change across all IBCB member banks in the period since 2018 – a strong emphasis on the customer is evident across all five banks and there has been a material improvement in staff’s confidence levels in ‘speaking up’, which is core to an effective culture. Staff across the sector report material improvements in how their organisation does business with 85% considering that, in their bank, people do business in an ethical manner, reflecting 9 percentage points higher than the global FS benchmark. Bolstering this, was a 10-point improvement in staff’s perception of alignment between their bank’s stated values and how it does business, since 2018.

Nearly three in five bank staff (58%) feel their organisation’s commitment to building a speak-up culture has strengthened since 2018 and importantly there has been a 10-point increase, to 69%, of those who had a concern and felt comfortable to raise it in the period. The survey also looked to assess wellbeing and causes of strain for staff, particularly in the context of pressures on staff as a result of the pandemic, including remote working, home schooling, financial and health stresses. 53% of bank staff reported that in the past six months they have felt under constant strain at work, concerningly this is 10 points above the global norm and a vital area to address.

The éist Public Trust in Banking survey posed questions on public sentiment surrounding the four key drivers of trust; integrity, ability, purpose, and dependability. While 42% of those surveyed believe banks will play a critical role in Ireland’s economic recovery, and there are encouraging signs on trust level areas such as staff competency, handling of customer data, and the continuation of product services during Covid-19, the fact remains that 43% say their perception of banks has worsened since 2008.

Marion Kelly concluded: “While much of the trust data is clearly very challenging for banks there are some encouraging signs, especially amongst the younger people surveyed and many SME respondents. 32% of 18-to 34-year-olds have seen their view of the banking industry improve over the last decade while just 18% of those aged over 45 have seen their view improve over the same period. Clearly, many of those who lived through the 2008 recession may be slow to reinvest their trust in banks, but younger people are more open to doing that. The SME perspective also offers encouragement in that 49% of those surveyed, whose annual turnover exceeds €2 million say their view of the banking sector has been enhanced since 2008. While that number drops to 32% for those SMEs with an annual turnover of less than €2 million, the seeds of trust have clearly been sown in this portion of society.

Given the difficult context in which the survey was conducted, it is not surprising, though disappointing, that 43% of those surveyed say their perception of banks has disimproved since 2008, while 23% who say their perspective has been enhanced offer a strong basis on which to improve trust in the sector. The challenge ahead is to positively influence the 43% and convince them that the sector is indeed worthy of their trust. People understand the role of banks; the challenge and opportunity are for banks to display behaviours that convince the public that they can be a positive force in society, and that staff are treated fairly, and can have pride in their roles within the sector. The ​IBCB, and its member banks, are ideally positioned to both facilitate and lead the cultural change process and to take actions that increase public levels of trust as is proving successful to date with staff.”

You can view a recording of the event under our Events section.

IBCB and BPFI announce Guiding Principles for banks support of customers and staff through current account migration  6 May 2022: The Irish Banking Culture Board 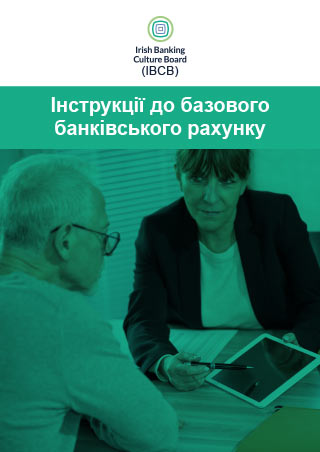 Ukrainian version of the Guide to the Basic Bank Account

The Irish Banking Culture Board (IBCB) today published a Ukrainian version of the Guide to the Basic Bank Account. Reflecting the current geopolitical issues, the 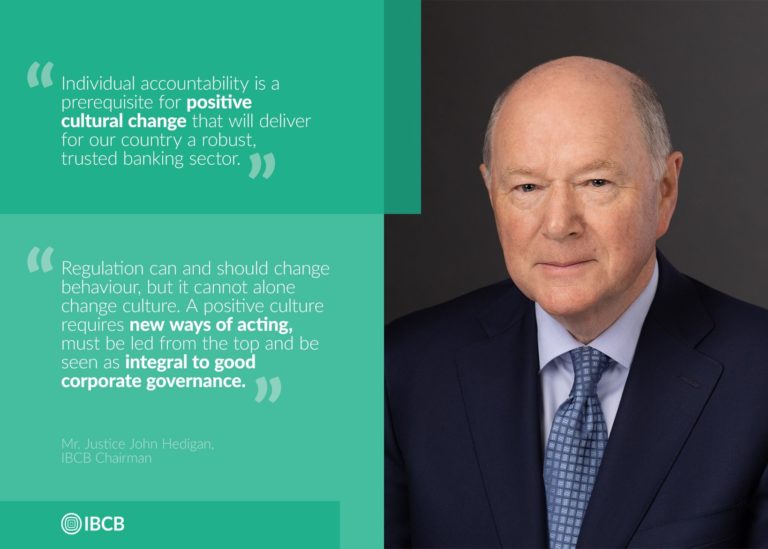 Opening Speech by Mr. Justice John Hedigan, IBCB Chair Good afternoon and welcome to this book launch event. We have at latest count some 200 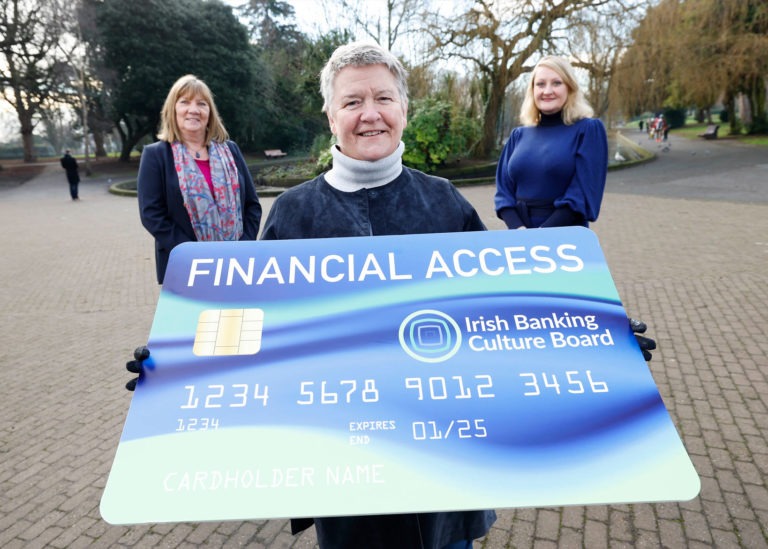